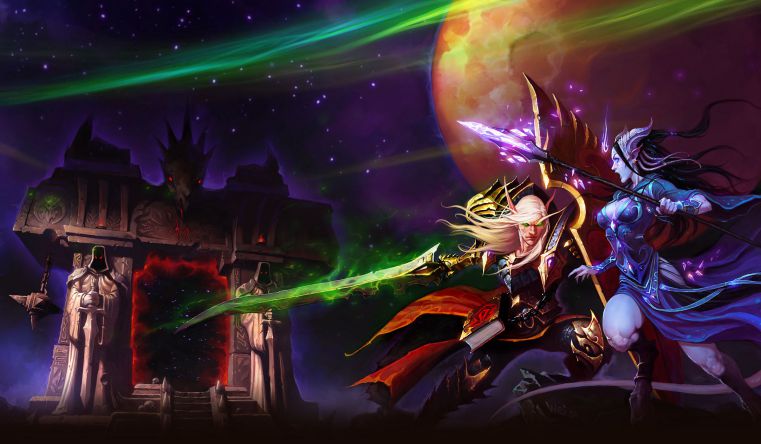 A Reddit contributor has collected a lot of information about the release order and the features and release date of Burning Crusade Classic. Which was shared by a member of one of the WoW forums on the Internet claiming to be a Blizzard employee. There is no evidence that this is true, even if it looks pretty real, so take these words with a great deal of skepticism.

Someone says they work for Blizzard, and shares various information about The Burning Crusade Classic release date. Everyone thinks that this is not true, and all lies. Therefore, we have reviewed all the posts to compile a complete list of the information we have about TBC. We are not claiming that the information is correct, we just made a single list that will be confirmed or denied this month on Blizzcon.
And now to the list:

All servers will go to TBC on May 4, 2021(The Burning Crusade Classic release date).
The prepatch will be installed on all servers on April 20. Which will open access to the draenei / blood elves. And will allow you to create shamans / paladins for the opposite faction.
Classic servers of the original WoW with progress from scratch will be launched on April 20, 2021.
Classic TBC servers with progress from scratch are not planned.
After the release of the add-on, the eternal classic servers will be launched, to which a paid transfer will be available.
Tokens and instant boost to level 60 will be introduced later during the TBC development.

The game client will be available in update version 2.4.3.
The old conditions for access to dungeons and raids will apply.
There is no exact information in what form (original or simplified) dungeons and raids will be presented.
The Mage AoE Damage Debuff will be in effect from the start.
Blizzard will not balance the population of the game worlds. Hoping that players will use a paid transfer service.
No restrictions on gold or items.
Launching the classic WotLK is possible if players want it.